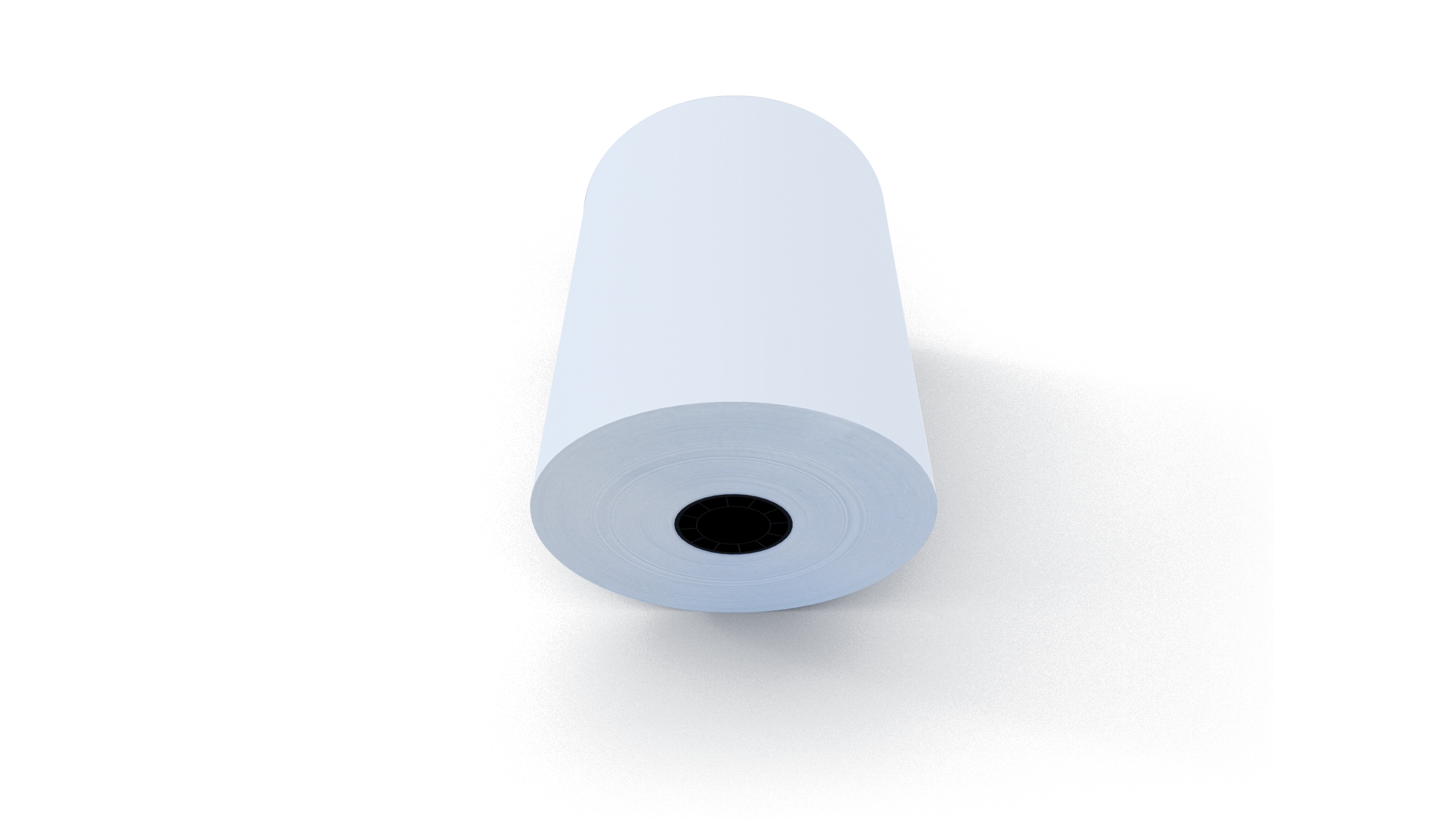 Thermal paper is a specialty paper that changes color when subjected to heat, without the use of traditional ink. This effect is achieved by coating the paper with heat-sensitive dyes and developers during the manufacturing process. The exact composition of this chemical coating varies widely based on the coating facility, but usually shares a few basic similarities.

Thermal paper begins its life as Base Paper. Base paper is an ordinary paper made from wood pulp.

The base paper is then coated with a layer of primer, called the Precoat. The precoat fills in the empty spaces between surface fibers, providing a smooth surface for the printing, and acts as a stabilizer that absorbs the activated dye mixture after printing. This also prevents the melted dye from sticking to the thermal print head.

When heated, the crystals of leuco dye melt and mix with the layer of developer, turning the coating black.

The final (and most important) coating, the Thermal Coat, is made up of more than a dozen chemical compounds designed to produce an image when exposed to heat. These compounds include leuco dyes, developers, and sensitizers. Leuco dyes are the source of the black color produced by printing. When the coating is initially applied, the dye is made up of colorless crystals ground into a fine powder. The heat produced by a thermal print head melts the dye crystals wherever it touches, which then mix with an organic acid also present in the coating to create an opaque color. The organic acid is referred to as the developer. The most commonly used developers are Bisphenol-A (BPA) or Bisphenol-S (BPS). Lastly, a third set of compounds, called sensitizers, is added to the mixture. These sensitizers adjust the temperature at which the coating activates to form an image, as well as help the dyes and the developer to mix properly.

Optionally, additional coats may be added to the front and back of the paper for added protection of the image. These are called the Topcoat and the Reverse Coat. Topcoated thermal papers are used when longevity of the print is of high importance, or when the paper will be exposed to chemicals that may degrade the image.

Once coating is finished, thermal paper is rolled into enormous rolls called Jumbos. These rolls are then transferred to different machinery, and in a process known as Slitting, are cut into finished rolls of various sizes fit for their intended application.

Get the latest news, deals, and more.